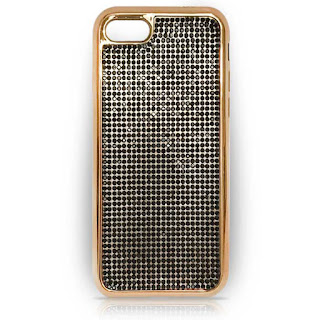 Is your iPhone acting weirdly?

As much strange as it sounds it is very real.

Half the people are unaware of this problem, much less know how to tackle it.

Some end up selling them as wholesale iPhone parts in the UK.

What phones are affected by this?

Usually, there are not many.

The most affected iPhone yet has been iPhone 6 plus, as acknowledged by Apple.

If your iPhone 6 or any other model is being affected, then there is no official statement for it.

How do I know it is iPhone Touch Disease?

These are the two primary symptoms of iPhone touch disease.

It means that touch is not being recognized or there is a problem in gestures like zooming and pinching.

READ ALSO: >  So Your Phone Ran Out of Juice. Here Are the Top Chargers for It.

2. A gray bar flickers on the top of the screen.

What is the cause of this disease?

Now before you act on the idea of selling wholesale iPhone parts in the UK, let’s look at the reasons why it is caused.

According to Apple, it is caused due to frequently dropping the phone on a hard surface.

So it occurs due to lack of care by the user, whereas iFixit (a website dedicated to repairing and understanding Apple products) says that it is due to fusing of two touchscreen controller chips in the iPhone screen.

Is it a disease?

It’s just a term used to make it sound catchy.

Unless of course, you caught your iPhone sneezing.

What do I do about it?

Before you buy some wholesale iPhone parts from the UK, put on your YouTube tutorials and try to fix your phone yourself, I would recommend you to stop.

Unless you are a professional technician, this is very risky game.

And while I am all for doing things yourself and being independent, more often than not people end up messing it up instead of fixing it.

The best solution is to go for the fix that Apple is offering at a much lesser cost than buying a new phone or getting it fixed by a third party.

Unless you are reading this in 2020 or after that as the Apple only offers repair till 2019.

Is there a particular criterion for Apple’s Repair Program?

READ ALSO: >  Committed to Apple? 5 New Great Smartphones That May Change your Mind

The requirement is pretty simple

• iPhone is in working condition

• The screen is not broken

• It shows the symptoms of iPhone Touch Disease

How much does it cost?

What do I do now?

If you have discovered that your phone has iPhone touch disease and considering that it still isn’t 2020 yet, set an appointment with Apple to get your phone checked.

Before you do so, make sure that all your data is fully backed up, so you don’t lose your valuable data.

5 Very Handy Functions You Never Knew Your iPhone Had

Download Orbit Earn Android App and Earn PKR 50,000 Per Month by Your Android Device.  Everyone wants to earn money

How To Earn $500 Per Month From Topa Pk (www.TopaPk.store)

How To Earn $100 Per Day From FlashEarn.com | Secret Tricks