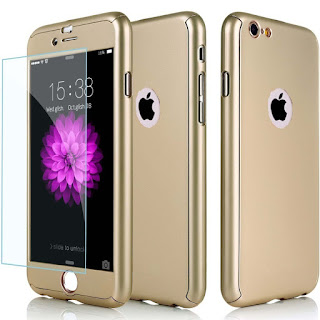 Ready to Be Nostalgic? Samsung takes a Step in the Retro Phone Era

Takes you back to the beginning of those days, doesn’t it?

And oh! There are snakes again.

While the companies compete vigorously towards conquering the next stage of technology, Nokia decided to recreate the legend of all times.

And it has indeed been very well received despite its flaws.

And thus it inspired Samsung to take a step in that direction as well.

While Samsung remains one of the most advance companies rushing towards to the end of smartphones, it decided to resurrect its spirit of retro technology.

After setting the bench mark for all the phones that are to come with Samsung S8 and its infinity screen, Samsung has announced a new phone that is not so new after all.

Remember when there was a phone that flipped open?

The ones that used to come about the same price as we buy wholesale phone cases these days.

Samsung is playing well in every field, and this one is no exception.

Of course, a flip phone is nowhere near as famous as the Nokia 3310 is, but somehow it has managed to hook the attention of many people out there.

Feeding on the hype created by Nokia and taking into account the need to be able to walk shoulder to shoulder with the rest of the world, Samsung has decided to come out with Leader 8.

The rumors about its specs have people excited about its release.

And it is speculated that both alter egos of the phone will be greatly received by the consumers.

It is made of aluminum alloy in the shiny black body that works two screens, so you probably won’t be needing any phone case wholesale.

And an actual keypad that makes a sound when you press the button.

Placed on the back of the phone is a 12 MP rear camera, which is a lot more than we used to have back in the day and a 5MP front camera.

It will probably look like a toy to the new generations with the flip open and close.

But that, my friend, is not all.

The real spark is the normal touch screen of this phone.

Yes, you heard me right.

When the phone is flipped close, it can be used as a traditional touch screen phone.

It works on the latest Snapdragon 821 processor with a 4GB RAM and 64 GB storage with a slot for memory cards.

Not just that but it also has a battery capacity of 2300 mAh, considering the use it should last almost about a day.

Moreover, it also has a cool fingerprint sensor.

No word as to whether it has an endurance as well as they did back in those days or would it need any mobile phone wholesale suppliers for itself.

So Your Phone Ran Out of Juice. Here Are the Top Chargers for It.

Apple has introduced the new iPad Air with A14 bionic chipset